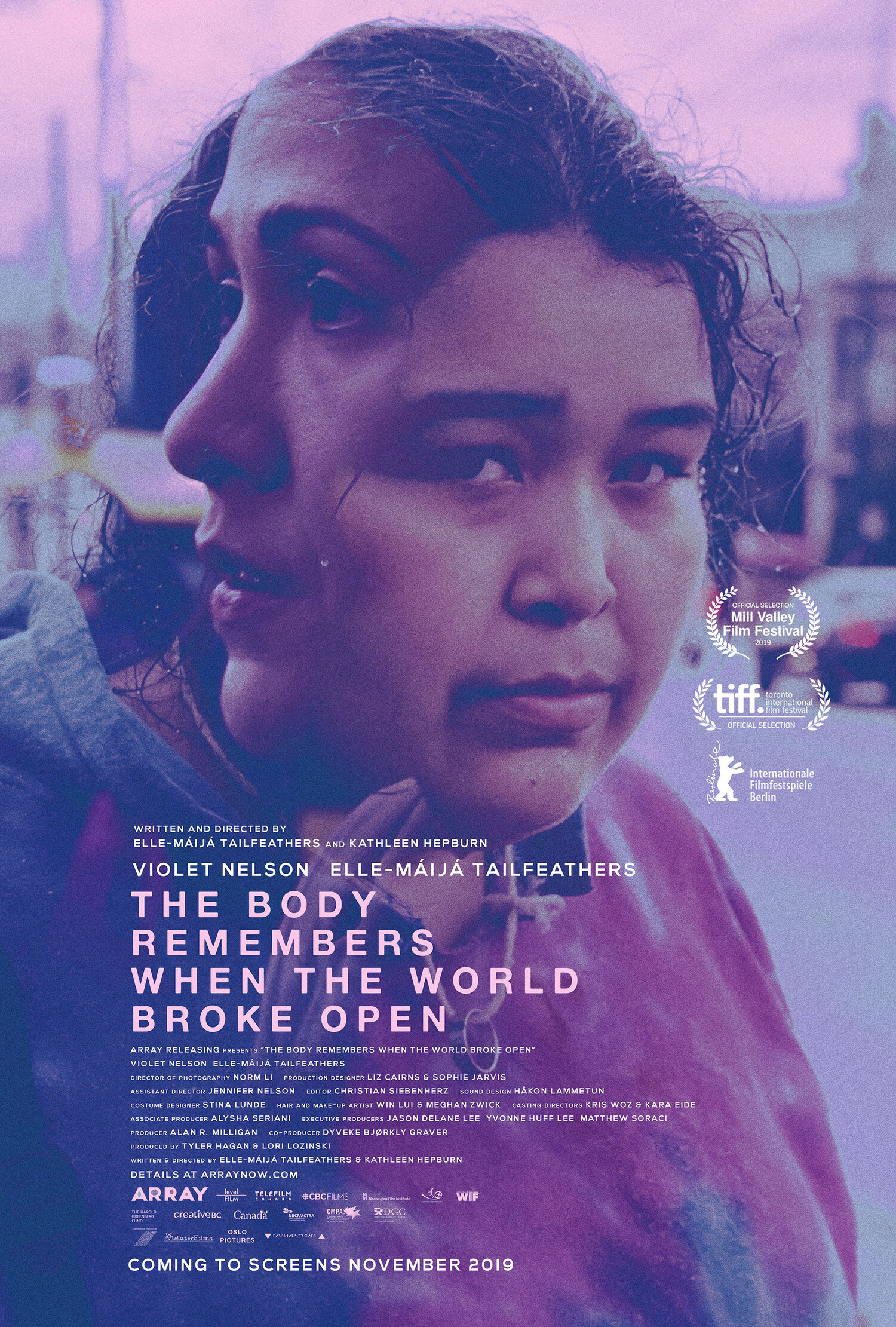 To say I watch a lot of films is an understatement. I love cinema with all my heart and want nothing more than for other people, at the very least, to experience films not just for entertainment but as an art form that stimulates ideas, catalyzes complex discussions and inspires social change. With MAJOR support from the “Learning in the World” program at The Future Project (the incredible educational organization that I work for); and with some initial motivation on my part, I’ve been going to film festivals across New York throughout the last six months: New Directors/New Films, Human Rights Watch Film Festival, & BAMcinemaFest. I am incredibly passionate about maximizing audiences for foreign and American independent films and built my college education and career thus far to pursue a career in film distribution. 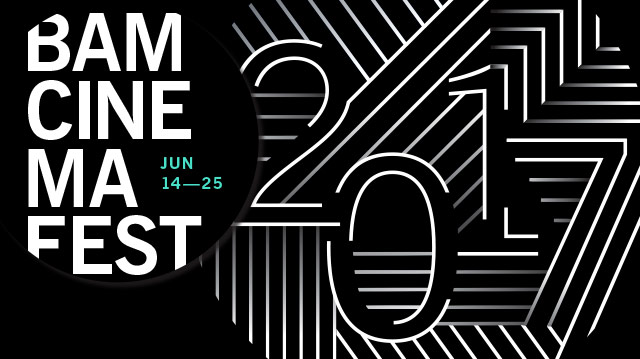 My dream job would be to work in Acquisitions at a film distribution label (i.e. Sundance Selects, A24, NEON, Kino Lorber, Oscilloscope Laboratories, etc.). I want to travel to film festivals all over the world to watch hundreds and thousands of independent films and tailor strategizes for filmmakers to find audiences for their work. This way, directors with an intentional, thoughtful vision will continue to make movies and provide voices for faces too often ignored at the cinema and marginalized in our day-to-day life.

Between these three film festivals, I was able to catch exclusive NY premieres and world premieres for some of the year’s best international, independent fiction and non-fiction films. With the changing landscape today regarding how audiences view movies, there have been countless articles stating that “cinema is dying,” “film distributors are worried,” or “TV is the new arthouse.” I’m 24-years old and have worked on two distribution campaigns for a pair of social impact documentaries. What I learned from these last couple years working in this industry is that there are so many ways to distribute an independent film in the 21st-century. With digital marketing evolving at a rapid pace and the availability of new streaming options – Netflix and Amazon – redefining the theatrical experience, you either have to adapt or get out. Though I 100% demand that all film distributors – whichever type of model they follow – fully respect the theatrical window in one shape or form. I can go on about this particular subject for pages, but I should save that for another blog post.

It was an amazing experience going to these film festivals. I saw 20 contemporary independent films that either just premiered at Sundance and SXSW, or for one very special film that I will discuss soon, made its world premiere. Check out some of the most memorable, artful and radical films I saw during the 2017 NY spring/summer film festival circuit below!

Geremy Jasper’s Patti Cake$ is my favorite film of 2017 (so far), and was sold to Fox Searchlight Pictures for a whopping $9.5 million at its world premiere at the Sundance Film Festival. I saw Patti Cake$ as the “Opening Night” selection at New Directors/New Films back in March and it was a heart-warming, funny and inspiring movie experience. This film has it all and I cannot wait for the world to meet the hero this country didn’t know it needed: aspiring rapper Patricia Dombrowski, a.k.a. Killa P, a.k.a. Patti Cake$ – who is fighting an unlikely quest for glory in her downtrodden hometown in New Jersey.

“Kids who wanted to grow up and suddenly grew too old,” is the tagline to Maite Alberdi’s lovely documentary, The Grown-Ups. This Chilean-film chronicles the lives of a group of 40-50 year-olds with Down Syndrome, and they are fighting for their rights and dreams to live as adult citizens. The genius of this film relies on director Alberdi’s (whose aunt has Down Syndrome) insistence to keep the subjects with Down Syndrome front and center, in focus and subtlety captured through colorfully lit, almost angelic framing. Other characters such as teachers or family members, are either out of focus or out of frame. This is a powerful directing choice because the audience is only looking at the faces of this marginalized community throughout the entire 90-minute film, and that allows us to get used to their physical features and see these characters as ordinary people with relatable internal and external conflicts.

The Grown-Ups is a gentle-hearted and empathetic documentary, while subtly providing infuriating insight to the rights being taken away from people with mental disabilities. GET INVOLVED HERE!

The Grown-Ups does not have US distribution. International Sales: info@catndocs.com

I was pretty floored by Matt Spicer’s feature-film debut, Ingrid Goes West. After a bidding war at its world premiere at the Sundance Film Festival, new indie distributor NEON won North American rights to this film (beating out mega-players, A24 and Netflix). The Sundance-darling ended up winning the Waldo Salt Screenwriting Award – and after seeing Ingrid Goes West at BAMcinemaFest, I can see why. Together with his cast, co-writer, and collaborators, Spicer turns what could have been a cheeky, social media satire into a profoundly moving and layered character study that happens to also be hilariously timely. Elizabeth Olsen and Aubrey Plaza (in particular) deliver knockout performances that deserve to be recognized come awards season. The same can be said for the film itself.

David Lowery is the real deal. He can step right up and claim his earned auteur status; from directing Ain’t Them Bodies Saints to Pete’s Dragon and now A Ghost Story, Lowery’s distinct cinematic voice is fully realized as his own. Top indie distributor A24 secured rights to this indie gem before its world premiere at the Sundance Film Festival, all while no one (including myself) had a clue that Lowery was making this film. Brilliant. I saw the NY premiere of A Ghost Story at BAMcinemaFest, and to this day (just over a month) I’ve found it nearly impossible to describe what this film is about. On paper, most mainstream audiences would dismiss this as a “boring” or “slow” film. This is far from the case if you’re interested in original and thoughtful filmmaking: A Ghost Story is a quietly humane film and is quite funny in its existential quest to discover the meaning of life. Time is almost like a character in this film; it lingers like a haunting memory, and then eventually stands there like a familiar friend. Having patience and allowing shots to just sit there and settle in your mind is a powerful feeling, and is most rewarding after the film…reflecting, going through snapshots from your memory.

I couldn’t take my eyes away from the screen and was completely transfixed by the vivid filmmaking on display while watching Lowery’s latest work. A Ghost Story is an art film in the best way possible; and like a painting, this is a film that relies on one’s perspective. This is a story for all of our lives.

A Ghost Story is now playing in select theaters via A24!

I caught this very intimate indie a few months ago at New Directors/New Films; and it was a rare experience for me to see an American film whose macho-male, teen protagonist is exploring his sexuality in ways only seen in foreign cinema. That American indie is Beach Rats. Written and directed by Eliza Hittman – whose authentically surreal vision of a young man’s coming-of-age is both touching and chilling. No wonder why Hittman picked up the Best Directing prize at the Sundance Film Festival for this film – she’s in complete control of her craft and emerges as a cinematic poet in the vein of Sofia Coppola and David Robert Mitchell. Beach Rats is only her second feature too. Hittman uses her medium for audiences to not only see but feel every choice the protagonist, Frankie, has to make – and discovers the ugliness and horror within himself.

In Beach Rats, Frankie is an aimless teenager on the outer edges of Brooklyn and is struggling to escape his bleak home life and navigate questions of self-identity, as he balances his time between his delinquent friends, a potential new girlfriend, and older men he meets online. Harris Dickinson is a revelation as Frankie, whose depiction will sure to be one of the more notable breakout performances of the year. He never has to say anything because those sad, blue eyes subtly hints of the emotions that Frankie, immersed in his macho go-nowhere social circle, can’t bring himself to articulate. Beach Rats is a beautifully nuanced drama with a spectacular lead performance, and even stronger sense of place. Writer/director Eliza Hittman is a serious talent to look out for and I cannot wait to see more work from her. 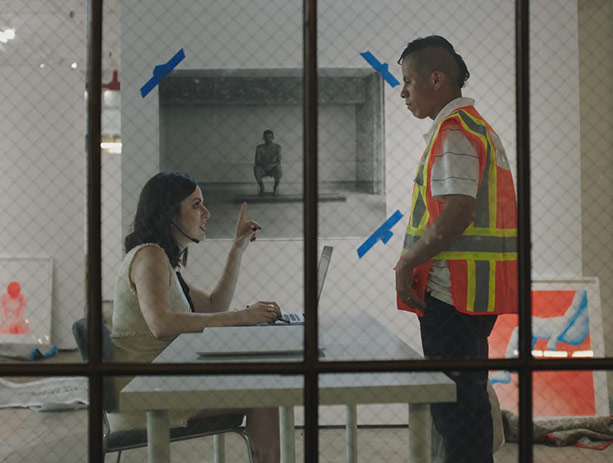 After a 13-year hiatus from feature films, acclaimed American filmmaker Jim Mckay (Our Song; Girls Town) marked his return at BAMcinemaFest with the world premiere of En el Séptimo Día (On the Seventh Day). This is a singular vision of the everyday man. And I was completely in awe of how ordinarily deep this film is.

We first meet José, played by newcomer Fernando Cardona: José is an undocumented Mexican immigrant who works as a delivery person in Brooklyn, doesn’t speak much English, and the image he presents is quiet, passive, and cautiously controlled. Cardona uses that stillness to express unspoken currents of fear, hope, and desire. It’s a remarkably understated performance. José is the leader of his local Mexican soccer team, which plays in a league at Sunset Park, and early on they clinch the game that gets them into the finals. The plot is slim but by putting a face to a character that we seldom see in cinema, it allows the audience to truly empathize with José’s internal conflicts – have you ever thought twice about the life and struggles of the person who delivers your food every other day? Most importantly, the high-stake decisions José needs to make concerning his soccer team (which include his supportive yet defiant friends), work and family, create a stirring narrative. One false move could destroy everything José has worked for – specifically, he needs to bring his wife and unborn child from Mexico to Brooklyn. It’s vital that José’s child is born in the US, and I will let you decide what those reasons could be while watching this movie in the context of 2017.

After the screening of En el Séptimo Día, the whole cast and crew went up to the stage and received a standing ovation. It was an incredible experience to be apart of (I was in the 5th row!). When writer/director Jim Mckay spoke, he described his motivation to make this movie: “I don’t want to go to the movies to see people like me, I want to see people I don’t see in the movies…I want to see them.” That was probably one of the most inspiring comments I’ve heard from an American filmmaker. It reminds me of why the work I do is important. En el Séptimo Día is the type of film that needs to reach American audiences – from a grassroots, community level through theatrical events and beyond. This country needs to see a human face to what our government deems “criminal.” En el Séptimo Día is a rich portrait of a truly authentic American dream.

En el Séptimo Día currently does not have US distribution.

Thank you to The Future Project for not only providing me with the opportunity to make my dreams possible, but for creating a space that enables my passions in life to be a priority.

Have questions or comments for me? Reach out at eden.sapir@thefutureproject.org!